After several days of gathering footage I realized a lot of it showed campers and staff building relationships. So I decided to put it all together in this montage clip. Although there is no logical progression between images I think collectively they show the beauty in how everyone connects in love and service to one another in a single week. And sometimes children laughing says enough.

I certainly was not expecting some of the answers I got when I started asking this question. I think this week I might investigate the first comment in this clip in more depth. Does food cooked over the fire indeed taste better?  Is it better than fast food? Perhaps it doesn’t compare to mom’s cooking, but there’s certainly something to be said for it. For the second part of this clip, I must say I was very impressed with the creativity of the kids this week. Everything from saying a bible verse to a rap beat to dancing and 4 square in the pavi made the rainy days seem bright.

In the beginning of this second day I went around asking campers what their favorite camp activities are. Instead of getting a slew of different answers, the new GaGa pit and the water trampoline were mentioned again and again. So the next day I investigated these a little more. At that time, I had yet to do either of these activities as it is my first summer here, so I was glad to get some campers to explain them to me.  I loved hearing the excitement as the campers explained the rules…rules!…of GaGa and the pure joy while describing the thrills of the water trampoline.

Here are some pictures from Pioneer 2011. What an awesome week! Enjoy!

So here is the first BBSee clip from last week, Pioneer 2011. Some campers shared about why they decided to come to camp. It seems to be a generational thing. How awesome to come to the same camp your mom went to. I also discovered a lot of long time campers as well as some who have never been to camp before. Plus there are numerous attractions, such as activities unique to BBC, that keep kids coming back.

Review: How have you changed? Staff Orientation

One of the many rewarding aspects of working at a children’s camp is watching the campers change as they learn over the course of the week. It seemed appropiate to ask returning staff and those who went to BBC as a camper how they think they’ve changed over the past year either at college or since working here last summer. It was inspiring to hear many of the staff say how they grew from their interactions with the campers. What a privilege to work in a place where you get to influence a child’s life for God while simultaneously growing along side them.

I had no idea how this clip was going to come together. Last week I just interviewed a bunch of staff and didn’t even consider what the visual while they were speaking would be. When I went to put it together during this first week of camp, I realized I had un-purposefully captured the staff that I had interviewed interacting with campers; I had been watching them live out the words they had spoken. Getting to put these words together with actual footage of the staff pouring out love to the campers has given me so much joy.

At the end I included a clip of Bobbi, one the girl counselors, reading this verse “When you walk through the fire of oppression, you will not be burned up; the flames will not consume you” (Isaiah 43:2). I felt it was fitting for our theme of aglow/fire. May we remember this summer that when we face flames of difficulty we will not be destroyed.

Last week was orientation for this summers staff. Some were returning from last summer, others from previous summers and many had never been to BBC before, much less any camp at all. In this clip some of the staff reflect on what they might have been doing this summer, such as other jobs or opportunities that might have paid more and why they chose camp. Others compare BBC to other camp experiences they have had and point out what distinguishes this place. I think everyone agreed on the community that is formed by sharing experiences like cooking over a fire and how as a community we encourage each other to grow closer to God.

For the summer, this is home.

Monday through Friday, 60 seconds of Bethany Birches. One post per day (starting the week of June 27, 2011).

Here’s a longer-than-60-second post from some of our staff on “why camp?”

To Each According To Their Need: Price Tiers 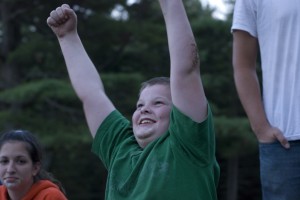 Ayn Rand’s novel, Atlas Shrugged, which has recently been made into a movie Atlas Shrugged: Part 1 presents ideas that are arguably opposed to the Kingdom of God. Any Rand’s philosophy on the matter of need suggests that people should get only what they earn, regardless of their needs. If you earn it, it’s yours. If you need it, well, you can’t have it until you earn it. She believed that this would create a society full of contributing individuals. Consider that.

32-33 The whole congregation of believers was united as one— one heart, one mind! They didn’t even claim ownership of their own possessions. No one said, “That’s mine; you can’t have it.” They shared everything. The apostles gave powerful witness to the resurrection of the Master Jesus, and grace was on all of them. 34-35 And so it turned out that not a person among them 5 was needy. Those who owned fields or houses sold them and brought the price of the sale to the apostles and made an offering of it. The apostles then distributed it according to each person’s need. 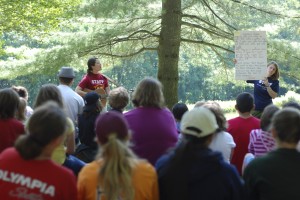 I realize that Ayn Rand may not have seriously considered the Reign of God as a legitimate economic model. That doesn’t mean Bethany Birches shouldn’t. Since the beginning of BBC in 1965 we have tried to offer a unique camping experience, creating a community of love with whomever joins and we’ve tried to do this at a low price. While a camping community is a different version of the church than what we see in Acts, there is much similarity.

Obviously, offering something to someone for less than what it cost to provide that something runs up a deficit somewhere. Let’s put this in the context of camp. If it costs us about $400/camper, and we charge $200, there is $200 of expense remaining. Who will pay the remaining $200? Enter: donors.

Bethany Birches was initiated with a donation of land. And since that very first day, our story has been one of people providing money, time and oth- er resources to make the camp pos- sible; an ongoing illustration of God’s provision for kids to have a special, faith-developing experience.

In a board meeting in 2010 we were discussing these issues around the topic of pricing. We talked about the fact that some of our camper families have much resource and some have very little. Enter: tiered pricing.

We are now well into the first summer season using a tiered pricing structure. The highest tier is about what we figure it costs to have a camper at camp (no profit built in). Both of the lower tiers are donor-subsidized rates. Could we consider this a Kingdom economic model? Or perhaps foolishness? Maybe it’s a system easily taken advantage of. Whatever you call it, we’re trusting that the Christ who inspired the craziness in the book of Acts will continue to inspire us and show us a way so that “not a person among them was needy.”

Update From The Board

The main work of the BBC Board of Directors continues to be the definition of the Master Plan and the impact developing program has on facility.

We have had a lot of super help from Robert Buchan. Robert is an AIA- and CSI-certified Architect who brings a great set of planning and design skills. Those skills have been invaluable in helping the board make good progress in understanding the requirements of the plan and facility as we move along. Robert’s close work with Brandon has been a key motivator of the process. We have been 7 looking at lists of space recommendations and sketches of how those might fit together. These combine with thoughtful work by Amber and Brandon on what the program staff needs to successfully serve our growing program in the coming decades. It’s really satisfying to begin to see how these could be a positive part of our growth. 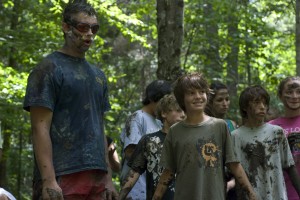 The board has also begun to think about our policy coverage. While we’re against a huge boxful of unremembered and useless rules, we have realized that our coverage is a little thin in a few critical areas. A lot of these areas orbit around our interface to the evolving online world. As people are more “wired” into the culture all the time, we need to allow our staff to move freely and safely in both the physical and virtual domains, but also protect privacy and well-being of staff and campers alike. With the rise of social media as a force in marketing and the direction of campers’ lives, we strive to ensure the staff connects with campers and constituents in positive ways.

Finally, the board members are pleased and excited to look forward to the hard, satisfying, tiring, lovely, and excellent work the staff and many volunteers spend the Summer doing. We are so thankful for all the extraordinary people who give in so many ways to our mission: to help young people to develop their relationship with God by providing them with a Christ-centered camping experience in a natural and nurturing environment. Thank you for all you have done for BBC in the past and will do in the future! 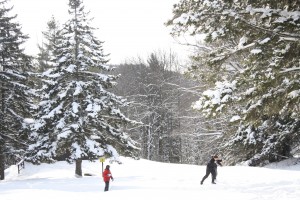